The term "upgrade" should be well known to everyone nowadays, is one of those terms that looks innocent, but for some reasons, as soon as they are spoken, read or heard, provoke panic reaction on most peoples. 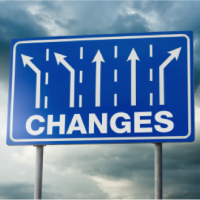 For some reasons, lately, there is some kind of "duality" on peoples about "upgrades". We're talking about System upgrades of course, not other kinds. On one hand, everybody apparently wants system upgrades, all the time and when they don't get them, then start yelling. But when they do get them, then they yell even more because it "interrupt the productivity" or some such.

Unfortunately, in some circumstances, upgrades are cause of problems, and I'm not talking specifically when the thing that gets upgraded was working before and then not really much (yes, Windows 10 1809, I'm talking to you). But even when the thing wasn't working much before and after the upgrade should at least start working.

The fact is that "change" something, doesn't matter if in positive or not, doesn't matter how, is always seen as a source of problems (real or perceived). As they say "better to keep the devil you know...". Everybody hates changes, especially the fast ones (volcanic eruption, earthquakes, flash-floods...)

And unfortunately, there are situation where one flash-flood or two are the only thing that allow to get some of the old cruft out and let start again from a better, cleaner, nicer point. So potentially a better one.

And this is the moment we start talking about $mathusalem, they managed a sytem, based on a bunch of products developed by some developers in an unkown time on a system that was old enough to drink and drive.

And they decide to "rejuvenate" the things moving the whole environment on the clouds, that is so much trendy lately. Obviously they decided to do so in order to save a load of money (somehow).

So they immediately started mailing all their customers with news of the flood...I mean, of the move towards the new system.

But hey did that without considering the elephant in the room. Elephant named "old software".

It turned out that the old software was..."optimized". Optimized to use quirks and bugs of the old system and just copying onto a new environment without those bugs was going to break it.

The we discovered that he database used had stored procedures that used stuff that was deprecated in the new versions and nobody had an idea of how to remake that stuff.

And all of this was discovered, obviously, by the customers. The day of the "upgrade". Upgrade that was blocked and reversed faster than when you see the police standing at the end of the road you're taking the wrong way.

The idea of "rejuvenate" the software was not accepted very well by $mathusalem, especially because it required PAYING MONEY to somebody to do the development.

After a number of "changes" to the system to "make it compatible" (aka: install old, deprecated and no longer maintained versions of software and libraries), we discovered another "nice" thing.

Because of the age of this thing, most of the users were still using (drum roll)... SSL V3! Yes! A protocol that was old and bugged more than 10 years ago!

And guess what? To make the "transition less traumatic", we're required to re-activate this triceratop and keep it around for at least another 6 months. This -after- the fact that the "company motto" is "security is not optional"!