Loooooong time ago, we're talking about 2010, at the end of the $cheese trilogy (that began like this), I casually mentioned about $leeches, and obviously, since then, every now and then somebody ask about that story. 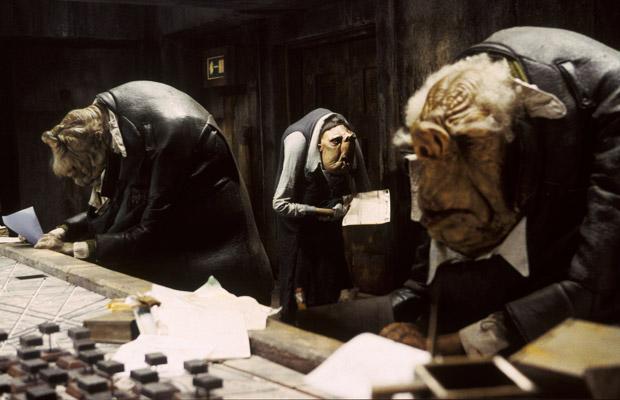 Well, ok, after a decade, is time to open that can of worms.

Let's begin to say that it was the old '90s, when Windows '95 had just been released, on a whopping pile of 22 floppies, and IBM was trying to recover his leaderships with OS/2 and the PS/2 (and we all know how well that went), everybody has begun to realize that a color monitor isn't actually only for gaming and the "mouse" is not a foot pedal (let's not talk about the balls).

After the event at $cheese, that was still ongoing by the way, but I wasn't involved with them anymore, I had spent some times with other stuff and also expanded a bit my knowledge. The company I was working for at that time was extending towards Windows as working and developing environment and as such they were very interested in getting a certification for that. As such, they were covering the expenses for certification exams for everyone that wanted to try them

Since I was interested and had started looking at how to develop software under Windows (if you have ever read the Petzold you know that isn't a walk in the park. For me, used to "linear" logic, the idea of "event-driven" programming and multitasking was a new thing, now we're used to it but then, not so much. Anyhow, with a brand-new certification from Microsoft in "Windows Architecture", I gave my contribution to the company's certification process and at the same time, DaBoss had sniffed some nice job under windows and decided that I was the best candidate for the task.

So, one nice day, I stepped out of the Metro and approached the main offices of $leeches.

$Leeches was (and still is) an insurance company (as you probably already guessed from the name). Now, Insurances in Italy (and from what I know the rest of the world) usually have a "golden egg's goose" that provide 99.99% of the money and then they have "the rest".

In Italy, the "goose" is the Car (and other vehicles) Insurance, since it's mandatory by law. That is more than enough to cover al the costs and more. To the point that $leeches (and many more) managed to ammass a pile of money and practically buy the whole center of the city and hire a fuckload of people. That have nothing to do.

When DB dispatched me to $leeches, he also mentioned that Collegue 1 (CL1) and Collegue 2 (CL2) were already there to do some stuff and I had to talk to UL3297 for my part of the thing.

So I walked into the reception of the large building and with the corner of the eye I noticed an escalator on the other side of a glass wall. Then I stopped and did a double take. Yes, is ONE escalator. Just one. Now, normally these things, like nuns and cops, goes by two, because one is to go up and one to go down. But this one was all by itself. And it was also turned off. After asking my self wtf, I approached the receptionist.

Nice. So the only way to go from the ground floor to any other floor, is to use a stopped escalator. Who the fuck designed this thing?

Whoever it was, I thing it was trying to design a school, and not an office building. Long corridors, huge rooms with only one or 2 doors, toilet at the end of the corridor... It reminded me a lot of my old technical school (and since I was in my twenties, it wasn't that "old").

I locate the correct office, that is actually large enough to house a medium-size class, divided into 2 "island" with 4 desks each. No cardboard division though. To split the room there is a Berlin Wall made up with metal closet bookcases. UL3297 explain the job.

UL3297 - So, we have the Aggregated Progressive Life Insurance with Leftside shot and rightside pop, this has yada yada blah blah (put here a very long tirade that made me worry he was trying to sell me one of those), what we want to do is to have an application to show a graph with the theoretical increase assuming that yada yada yada blah blah blah...
Me - Hemmm.. And how should be calcolated this stuff?
UL3297 - Oh it's easy, you collect the username and the userid and then you blah blah yada yada and blah blah and then you feed the request to the mainframe and then yada yada yada...
Me - Mainframe?
UL3297 - Yes, but it's easy, you need to talk to the middleware through a socket and..

Yeah, not only it had to run under Windows, it also need to talk TCP/IP to some middleware to get data from a mainframe. This is getting interesting.

Anyhow, we agree that the best course of action is for me to stop there and write down a short analisys of the thing and maybe a small prototype before starting the real deal. So I get settled in a nearby office where CL1 is already seated. The office is another classroom with the same "2-island" approach. The other island however doesn't have Chuck Noland but a couple of guys (CL3 and CL4) that are working on some stuff and spend a lot (but a lot) of time reading about new technology.

I begin by reading the documentation provided that talk about this "middleware" to talk to the mainframe and some formulae for the grafics. Formulae that are of the type

After a few hours, I have a "prototype" with a few input and output windows (that don't do much, just display some controls), just to give some idea of how should it work and a document with the description of the procedure and some questions (like who's the matematician that is supposed to run those calculation).

Around midday, my "housemates" asks if I want to go to eat. And why not? We walk towards the cafeteria, and there there is a lot of peoples waiting to get in already.

So I walk past everybody else and get in, the cafeteria is huge and completely empty. I get a sandwich (otherwise I fall asleep later). After a couple of minute, at precisesly 12.00, everybody outside start pushing and shoving to get in. Looks like the gates of hell opened up and now the daemons are trying to pour out... or in.

After a while CL3 and 4 also arrive, with a couple of trays full of food commenting that "the guy in front of me grabbe all the potatoes..."

Me - But is this normal? What is the problem if you get in 5 minutes before?
CL3 - If you get in 5 minutes before then you have to stay 15 minutes later to recover.
Me - ... am I to get the same thing every day?
CL3 - Pretty much. But if you arrive early you're at the top of the line.
Me - And what's the advantage if you still need to wait?
CL4 - Is to take the spot.
Me - ... Nice, well, from tomorrow I'll go out for lunch.

Yes because between watching this mess and give some money to some small bar nearby, I get the bar everyday.

In the afternoon UL3297 shows up with UL4573, and it seems UL4573 is the one that started the whole process and will have to test the application when it's done. UL3297 repeat multiple time that UL4573 is an "external" so is not really part of $leeches. I didn't understood exactly what was the big deal at that time, but it will be more clear later.

I show the analisys (printed thanks to CL3 that bypassed the whole configuration request stuff and simply installed the printer) and then my "prototype".

UL3297 - (watching the prototype and the analisys) ... but when did you wrote this stuff?
Me - This morning.
UL3297 and UL4573 together - THIS MORNING??!?!?!
Me - Well, the analisys is only half a dozen pages, and the prototype doesn't do anything really...
UL3297 (putting down the paper) - Yes, but no. Our budget is allocated in 6-months trances, if you do like this they'll pull our budget. Let's say that we'll reconvene next week.

...and this was, more or less, how I met some sort of "business mentality"... Later, I discussed the fact with CL2 that was there longer.

Later, I decide to go back to "my" office to ear what DB thought about this entire story, so I walked down the escalator to the exit and found a bunch of peoples waiting by the door.

I check my watch and it's 16.18 and there are at least 50 peoples there... of course. So I walk past everybody and get out. I can see interesting time in this place...