And that was like my "adventure" with $leeches began. More or less.

After showing off the result of my... hemmm... "work"... of half a day, that was immediately approved by UL3297, I began the task of writing down some more code. 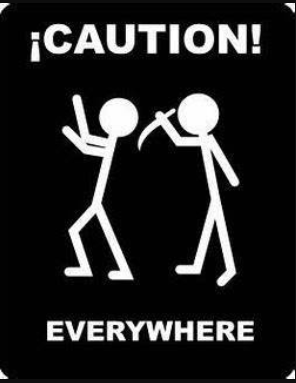 In the meantime, I was informed by UL3297 that CL1 and CL2 were leaving my company to join the merry family of $leeches in a permanent way, under the head of UL1319 that was also their "temporary" boss. Well, I've noticed that CL1 was already very keen on $leeches modus operandis, so the news wasn't completely unexpected. Not that I'm that interested also.

At this point I ask UL3297 when can we check this "communication with the mainframe" business.

So we go to talk with this guy, that happens to be another "consultant", that is working on this library. The guy, that has the only peculiarity of being really tall, start immediately blabbing about "middleware this" and "middleware that", that I really don't care about. After a lot of babbling, he gives me a huge pile of paper that is supposed to be the specification of the entire thing.

I go back to my class... hemmm... office and start looking at this "documentation".

Anyhow, after reading the stuff for about one hour I decided that the whole gist of the thing was: prepare some data structure with a specific format (that isn't described in the documentation), send that via socket to a specific address and port number, wait until I get an answer and get the result that is a block composed by an header, 3 "records" for the customer's information and 'n' records, one for each insurance that the customer has. And of those I only need some identified with a code.

In short: all this mess to send a "select" and get some records back from a database.

If it wasn't for the fact that the request structure and the server data are missing, I'd done by now.

I go back to UL3297 to inform him that the documentation is missing and of course CL5 has already left the building (it's 14.30) and he won't be available for the next few days. I see that he is also getting used to the "work time".

When I get back to the miss...hemmm.. my office I found UL4573 that is looking at the documents on my table.

Me - Exciting reading?
UL4573 - Hemmm... I was thinking, can I get a copy of that 'prototype' that you showed us the other day?
Me - Sure, is on the shared drive.
UL4573 - (handing me a floppy) I can't access the shared drive, can you put it in this?
Me - Sure, but you'll have to download the runtime from somewhere else because it doesn't fit.

UL4573 disappear with his floppy and I go back to build a "skeleton" of code that could send and receive data via socket, so when I will have the actual data structure most of the other work will be already done.

After about an hour UL3297 came running.

UL3297 - Did you gave a copy of the software to UL4573?
Me - Sure, he was here about an hour ago.
UL3297 - Noooo!!! Why did you do that?
Me - Because he asked for it. What's your problem?
UL3297 - That now he made a mega presentation to the upper management pretending that he is the head of everything.
Me - So?
UL3297 - I told you he is an external! We should give him nothing!
Me - HOLD ON MISTER! I am here to do a job and nothing else. This kind of shit is YOUR business and I don't want to have anything to do with it. If you want to stand in front of the door with a scimitar and stop everybody to get in, knock yourself off, but leave me out of all this kind of internal war bullshit. Understand?

After some more lamentation UL3297 leaves and I remain to ask myself how the fuck can some people to work in some places. At this point is almost 5pm and I want to go to my office to leave some paperwork down. So I turn my pc off and walk to the door and, of course, I found a giant mass of people that is wating in line for the magic moment when they can clock off.

Once in my office I drop the documents I need to and stop for a little chat with the LadyBoss (aka: the wife of the Boss).

LadyBoss - So, how is going at $leeches?
Me - How the fuck can they still be in business?... why do I ask? I know how: it's mandatory by law, that's how!
LadyBoss - By the way, you know that CL1 and CL2 are there working on some stuff right?
Me - Yeah, I met them.
LadyBoss - Ok, they are leaving the company and is important that UL1319, that is their supervisor, doesn't know that.
Me - He knows already.
LadyBoss - WHAT?
Me - Well, both CL1 and CL2 are going to work for $leeches, under UL1319, in the very same office they are now, so if UL1319 doesn't already know I find it a bit weird.
LadyBoss - (look at me for a while) Are you kidding?
Me - No, UL1319 told me.... hummm... Maybe maybe maybe you haven't been told the whole story by somebody?

She walks away cursing loudly. That woman knew how to be very classy, but at the same time she also knew how to curse like a dock worker, for which I appreciate her very much.

Note: CL1 and CL2 both had a little line in their contracts that specified they COULDN'T go to work for one of the actual customers of $company. So going to work for $leeches would have been illegal. Hence the reaction of LadyBoss. How this ended up I don't know, I only know they were still employed by $leeches when I finally left.