UL - (bitter) Do you ever make mistakes? 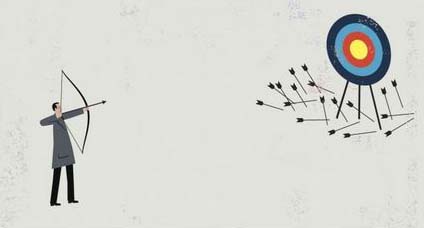 Now, this is a question I ear a lot. Especially when (like now) I am pointing out the fact that the problem we (plural majestatis) are trying to solve, did not came out on his own from nothing or has been evoked from some alien entity, but is the result of the fuckup of somebody (the UL above) sometimes, the same samebody that (more often than not) is actively trying to hide the evidence and make his part in this sorry mess as small as possible, doesn't matter how, pull in the Aliens, Chinees spies, the Illuminati, wathever, as long as nobody look at him.

My answer to that question is, normally, "Yes, CONTINOUSLY".

Because yes, I do make mistakes. All the fucking time. The only way to not make any mistake ever, is never, ever, do anything. And it looks like a lot of my (ex and non) collegue reached the same conclusion and decided that that was their modus-non-operandi. How they manage to (not) do so, or never got caught, or why everybody is ok with that, I've never understood and probably, given how things are going, I'll never understand.

But let's get back to the start. I do make mistakes, I do know it and I do recognize them. And I also try to fix them when possible. My "modus operandi" is the following:


In a never-ending cycle, because there is always another 'X' after 'X'. While the standard 'modus operandi' of UL (and every other one like him) is usually something like thid:

10 claim loudly that "X" is very important and we should do it
20 send many mails and memos that "X" is important and somebody should do it
30 organize a meeting to reiterate the importance of "X" and that somebody should be assigned to it
40 get assigned to do "X"
50 claim that he is way too busy and try to dump the problem on somebody else
60 while somebody is trying to figure out what the fuck is "X", change the specification several time.
70 when X doesn't work, because it was already broken since the beginning, and because UL is the only one to have a vague idea of what is X and how it should work, complaint loudly to everybody.
80 when somebody try to fix the problem, applying logic and intelligence, and as such try to ask question about it, try to look inconspicous and avoid eye-contact
90 when is discovered that a lot of (not-so-small) details have been "forgotten" by UL, claim that they are not that important, and they have been communicated by phone or in some un-specified meeting. Of which there is no record and can't be recalled by anyone.
100 when written specs are requested, avoid eye-contact and claim that the specs have been communicated previously.
110 when somebody start to require WRITTEN specs, complains that "we" are wasting too much time on this and it should be better to move to something else.
....
300 replace X with Z and go back to 10.

And after this developing introduction, let's talk about... well.. nobody really. Let's just say that sometimes ago, a randomly selected UL began to claim that "we should really put together a relay between X and Y, because somebody could, maybe, possibly, ask about it". And a couple of months later, 2 developers were assigned to build the aforementioned "relay". Of course, and really conveniently, UL gave a quick verbal "intro" to the two developers but never gave anything written down.

After a few months, the 2 devs had put together something that looked like it could work. But at this point we had the problem of testing this thing, that was a problem because nobody had any idea of how we could actually do a real test. And obviously, UL was too "busy" to do anything.

Several day later, I managed to run a "test' and had the impression that the code could have worked, but I also had the sensation that the level of quality of that code was as far removed from "production-level" as I am removed from "Leonardo Dicaprio" physical aspect and bank account.
But beside that, the fact that looked like it could work was already a miracle so...

Obviously, at this point, everybody realized that NOBODY had ever requested for a relay between those 2 things and we had really no need for that. So the whole thing was quickly dumped and nobody wanted to talk about it anymore.

Several months passed. And a nice November morning, we recieved a message from a french company, that was searching for somebody that could run a relay between X and Y and how much was going to cost.

After picking up his jaw from the floor, UL began immediately to claim his status as a visionary leader to everyone around, conveniently ignoring the fact that 2 developers had been paid for something that wasn't requested at the time.

Anyhow, guess who was tasked with setting it up for that company? Yeah, right. Can't imagine how you did it.

And now the problems start surfacing. For example the fact that the configuration fo this "relay" is left mostly to random chances and to function it require a bunch of services that have never been configured or installed for real on the production environment. So after a week spent setting stuff up I have something that can potentially run this "relay".

The next step is actually to configure this script in such a way that does the relaying. And now even more problems start surfacing. First the fact that there is no documentation on how this thing actually works, the 2 devs never produced a documentation because in the inexistent specs there was no mention of a documentation. And my proposal to call back the developers is denied by UL because there is no budget for it.

That leave me a bit dumbfounded... You managed to get the budget for the developers when the whole thing was useless and now that looks like we have a potential paying customer for this no? Well, it turns out that the budget was actually allocted for something else.

Anyhow, after attempting a configuration, I ask the aspiring customer to test... and do not hear anything anymore.

Since it looks like we have some time to waste, I decide to point out to UL that it would be VERY very useful to have documentation for this thing and WRITTEN specs too, because it turns out that UL has never delivered written specs, everything has been "communicated" verbally in some "informal" meeting with the developers. I assume that UL ambushed the 2 at the coffee machine.

Well, fine. I grab my 'dev hat' and try to figure out wtf. Now, I am no Python fan, for start, I like to add spaces and tabs wherever I like without completely fucking up the code logic. While UL absolutely love Python, and he specifically requested that the whole thing had to do in Python, to the point that one of the developer had to be replaced because he had not enough Python experience. So now I need to look at this thing, and my experience can be summed up with "hacked mailman because my company had a really fucked up mail addresses".

After a lot of curses, I discovered several interesting things.

And all this has gone unnoticed, because the first round of "testing" was completely fucked up, and it was fucked up, because the moron that was doing it (me), had ZERO idea on how actually testing this thing, and the only one that had an idea, was UL that kept that information hidden in his head.

So, I pointed out the thing to him via mail (in CC to everybody) and now I am also asking the same question during a meeting and the only thing that UL can answer me with is "you never make mistakes??"...