(follows from the previous)

After the "emergency release" of which I've already told, CL3587 had a personal talk with SL1234 about the problems that were plaguing the software and prevented a "quick readjustment to meet, in a proper manner, the challanges presented by the new technologies and evolutions of the world", as UL9733 said. That I have to assume it means "this crap isn't designed to work on the internet because the internet did not existed before yesterday". 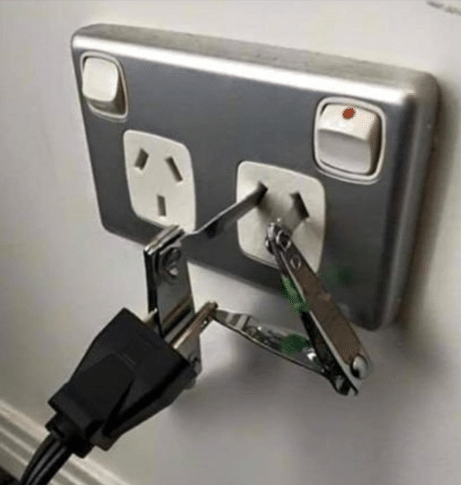 Of course SL1234 doesn't know shit about IT or technology in general, since until yesterday he was in accounting, and has zero will to learn about it. On the other hand, UL9733 doesn't know shit about... well about everything I guess. So the whole thing devolves into SL and UL that asks for "stuff" that has no sense while Cl and the rest are trying to explain that it doesn't make sense to somebody that has no interest in listening.

And, btw, after my "intervention", CL3587 was fanatically pushing with UL to get me hired by $leeches. UL however rejected the idea with the justification that I wasn't (and am still not) in possession of an university degree.

Yes, because the "standard" of $leeches was to only hire personnel with university degree-levels for technical positions. Some of the examples were the already cited CL1 and 2 that had "switched" from $company to $leeches (somehow illegally but..) and both were pandering their degrees.

CL2 in specific that was in the "analyst" group.

Me - (to CL2) So... what are you doing now, exactly?
Cl2 - We (plural majestatis) are doing analysis.
Me - And what does that mean?
Cl2 - We get the requests from the agencies, we check they refer to the current software revision and then we pass them to the legal check, and then we deliver them to the software department.
Me - So... basically you're doing the delivery boys for the agencies?
Cl2 - But is a huge responsibility!
Me - Sure...

So much responsibility that the usual pastime was the daily Quake Arena match after lunch, pastime that extended for several hours.

One day I was hunting for a manual and peeked into the office and instead of the usual group of people gunning the mouse, I found the office deserted with the exception of another "analyst" (CL) that was analyzing with care the daily edition of the sport news.

Me - What is going on? Where is everybody?
Cl - The network doesn't work.
Me - What do you mean?
Cl - Didn't you got the notice yesterday?
Me - You refer to the warning that the server was going to get an update? That has nothing to do with the network.
Cl - (pointing to the PC) If I try to login it gives me error.
Me - You don't need to login in the server to use the network.
Cl - The network doesn't work.
Me - (pointing to the cable) THIS is the network, the server is another thing.
Cl - If I try login I get an error.
Me - (sitting at Cl2 place) Where is that fucking software?

Once started the "match", CL was astonished at finding that it was working perfectly fine.

Another example was the "superconsultant", childhood friend of some SL, that was basically a fixture in the office. However, the standard dress code or office time didn't applied to him. This guy apparently was paied a monthly invoice that was on-par with a normal manager salary, but when there was software to be developed, that was separately counted.

During a meeting about the possibility to "update" the software to a new version of the compiler to avoid the memory problems, his position was that the compiler (Visual C) was "incompatible with MFC". I'll let you google yourself what he Mfc are and on which level of the bullshit scale that position rest.

Anyhow, for the reasons already expressed, UL was very much keen in keeping me as a "consultant" in his little kingdom of developers. Kingdom that counted 3 employee and 7 consultants. That's the reason I ended up having to take a closer look to the code of that monster that was the car insurance.

One of the changes I should have done was the addition of a small thing, something that toke me about 8 minutes to change the code. The problem was that compile it was about 35 minutes.

While I was.. hemmm... having fun with such activities, every now and then I was getting news from $company. And at this point I need to give some detail.

$Company had started as a little offspring from a larger firm that developed software for mainframes, with the rise of the PCs, the necessity had arisen of interfaces with them, and some sort of "integration" between the mainframes and the software on the PC (mostly Lotus 123).

The main activity of $company was the develipment of ad-hoc solution in Clipper and integration with mainframe (mostly IBM AS400 and similar).

Since PCs can be transported quite easily, while mainframes not so much, the standard was that developers were sent to perform their tasks at the client's offices. With some activities (like analysis and such) that could be done in $company's office. When the amount of development for PCs become very large, $company begun to shift its activities to simply provide developers for third party development.

And of course they were not the only one. And this is the reason why one day I got the news that $company had acquired a contract for the production of some sort of software, that required to know stuff that nobody really knew. So $company tried to sub-contract the job to somebody else...

And suddendly I receive a phone call from an 'head hunter'... let's call him CL just for fun...

Cl - Hall, is this D?
Me - Yes, that's the name that is reported in the phone directory for this number.
Cl - ah ah... hemmm... I'm Cl from $wehuntpeopledown, we have a request for somebody with some skills that are probably in line with yours!
Me - And how do you say that since we never met before?
Cl - Well, we got your name from $companyF...
Me - Nice first-hand information. What do you want?
Cl - Well we have a request...
Me - You told me already. Who is requesting what?
Cl - Those are confidential information, how about we set up a meeting here in $godknowswhereitis, last road on the left...
Me - How about you tell me first who and what and then I decide?
Cl - But this is confidential...
Me - Fine, if you change your mind let me know.

Of course 5 minutes later this was already at the phone and it turns out that the company that was 'looking' was $companyC and with the very same "profile" that we were asking to $companyB. That made me wonder.. so I contacted LadyBoss.

Me - Listen, that job you toke and wanted to pass to $companyB,
LB - Yes, we're still waiting.
Me - Yeah, did you also asked $companyC ?
LB - No. Only $companyB.
Me - And they probably asked $companyC and they phoned me.
LB - What??

Yep, round and round everything came around.

Other arguments in $company about "the way forward" were ongoing. Mostly because it was kinda obvious that development was going to shift to something else than DOS. And the choices were Windows or OS/2. And DB was more keen to Windows because IBM was a colossus and there was no room for wiggles, while Microsoft was a lot smaller and easier to handle. Never have somebody be so right for so wrong reasons.

But the major problems was how to manage the transition. DB wanted to drop most of the development and concentrate on consultancy on Microsoft software and develop solution based on commercial software only, things like SAP or Oracle, while my point was that everybody can do the same and we don't have any specific competence on those software, if we develop our own, then we have the competence and nobody else.

On the other hand, I was beginning to be quite tired of being a "guest" in somebody else office. You get all the disadvantage of an employee without any of the advantages.