Loooong time ago, so long that my feet are tired just thinking about it, I worked in User Support, in the sense that I had to endure a lot of users. Now, users are, often, Lusers, in the sense that they don't know any better and this is fine. The big problem is when they pretend to know, but the important thing is that my job was to try to figure out what the heck were they try to acomplish. 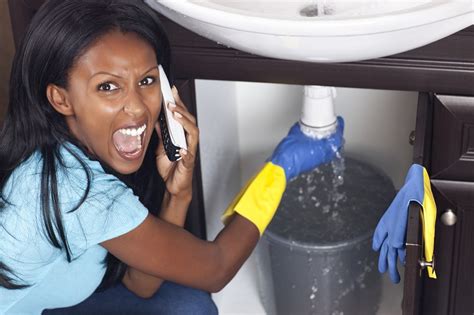 When the luser dujour tells me "X doesn't work" what does he really mean? In many cases, there is only one way to figure it out: put yourself in his shoes. That doesn't mean, sadly, give him a bump in the head and steal his shoes, but more simply, try to do the very same thing that the user does, and try doing it the way the user does it.

This, sometimes, require the use of several liters of alchoolic beverages and/or some "enhancing" drugs.

This technique of "try it" has always provided me with useful and interesting information and was a great aid in my task of figuring out problems and solutions. Especially when there were doubts if the problem was on my side, on the Luser side or in between.

Unfortunately, it looks like that this practice ain't really widespread in the rest of the world. Everytime I need to partake in the services of some "luser-support" (whatdoyouthink? sometimes I am on the luser side too), I end up talking with peoples that follow some sort of "troubleshooting" checklist, that probably works fine in 93% of the cases. Cases that mostly imply some problem on the luser's side. But it fails miserably in the remaining 7% of the cases, and the problem is that when it does fail the "tennic" on the other side doesn't know anymore what to do.

Maybe is a "Tennic" problem, maybe the problem is that the "tennic" is actually not a technic at all but just a luser with a checklist, and when the checklist is done and the problem is still there, he doesn't know wtf and, for any reason (policy?) he can't or won't "escalate" the problem towards somebody that actually knows more.

And with this, we'll get back to talk about $wehoststuff, of which I've already spoken recently. In the past few weeks a lot of peoples have left the building, permanently, that didn't improved the activity or the productivity, but has given a lot of work to me, in the sense that I had a lot of junk to clean up and accesses and credentials to expire and the like.

To "fill the gap" a couple of peoples got hired in an hurry. Maybe even too much hurry. I'm not saying anything for now, maybe is going to be the argument for another story. But the core of the matter was that to put those peoples in the position of doing their jobs, we need to provide them access to several systems that are hosted by $wehoststuff and to do so, we need to follow the "official procedure".

We'll start in a rainy November day when a request to access and create tickets in $wehoststuff's ticketing system for CL1 and CL2 fall into my mailbox. As explained before, we don't have a contract with $wehoststuff so we need to go through our "mothership", this basically means that everything has to be done twice. And depending on the nature of the requests, we need to create either one or 2 tickets and then stick them together in a coordinated ballet that can take several hours.

This is just to create the tickets, how long will it take for the tickets to be actually done, depends on a number of factors but the rule of thumb is that the more urgent and simple the work is, the longer it will take for somebody to even look at it.

In this case, the request was to create 2 accounts, that meant to request the accounts to $mothership and tell them to do the same to $wehost. I began with the first phase, that toke about half a day. After that, I did other stuff and wait for the result.

Of course, 30 minutes later, both the CL were at my table asking how could they access this or that and the only answer on my side was "wait until $mothership has processed the request". That ain't very useful when the common complaint from the whole building is "changes takes too long to be implemented".

To "fix" the situation, the new CTO decided to greelight the well-known and diffused practice of "using somebody else account"...

The days go by and after about a week we receive the news that $mothership has finally created the accounts and the second step of the procedure has started. So we're on 50% of the whole process. And then things gets... confused...

About 4 days later, we get the news that all the accounts have been created but, not having responded to the 'activation' e-mail, they've been immediately removed. Now, this of the 'activation' was a new thing for me too, so I asked explanation about it. And it resulted that is actually a process that $wehost has for some companies, but not for $mothership. Problem on their side then, they applied the wrong process. Ok, so to fix this... $wehost want us to repeat the whole procedure. From the beginning. Like it was OUR problem.

After a few days another mail arrives that the accounts have been created. I duly pass along the information to the interested CLs and then don't hear anything anymore. After a while I go asking if we can close that request or there are still problems. Of course, since the thing was incredibly urgent and incredibly important, none of them has ever tried to test if the accounts were working. And when they try... they actually CAN login.. but nothing else.

So, another ticket related to "lack of permissions" is sent. And again we proceed with the usual ballet between us, $mothership and $wehost. After a few more days, at this point we've been waiting for about a month for 2 accounts, we get the answer that the problem has been fixed. Of course we try, and it still doesn't work. Goto Start.

At this point one of the teNNichian of $wehost asks, very candidly, what is the problem since he can see the login in the log. Well then my stupid non-friend, the problem is, as explained multiple times in the very long list of "comments" in that piece of garbage that you call a "ticketing system", that the user CAN login, but that's it. He can't do bloody nothing. And if you could TRY IT yourself, that you can since you have the login and the password and the ability to reset both of them, you could also see it for yourself. And maybe fix it since you're at it.

But apparently, "try it" is not in the checklist, so the idea not only doesn't enter his brain, when suggested is immediately discarded with "is not part of the procedure".