When somebody is "special", you start asking yourself what does that mean? Is it "special" because he's dumb? Or because he is smart? Or because... is not special at all but he is convinced he is? Most of the time, it turns out that the "special" is just in the head of somebody else. 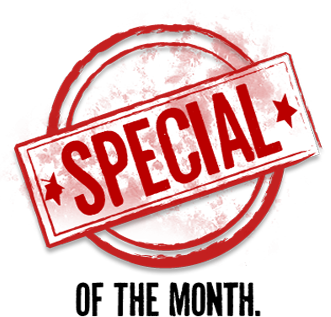 And as long as this somebody else keep thinking about it, the "special" one will get preferred treatment for no real reason whatsoever.

Let's be clear here, there is nothing wrong with that, as long as you acknowledge that the reason there is a "special" treatment is because you want to give that treatment and nothing else. Don't fool yourself and we're all good. But in most cases, since we're human and as such really really dumb, we need to fool ourselves or ... we'd feel a lot dumber. So the illusion is maintained even at great cost.

Until something happens and the illusion is broken, then it is usually a huge crysis.

And after this "special" introduction, we'll talk about BuzzBuzz.co. But first, we'll have to talk about a few details.

Somehow, for some reason that are lost in the mist of old time, when the internet was young and "mail" wasn't a shorthand for "gmail", $shittyhostingprovider had decided that having a mail system to provide to the customers was a good idea. Yeah, I know.

Well, some of the customers did agree with that, so the system was handling some 10000 accounts with a volume of about half a million mails per day... that ain't too shabby.

But time passes, and at the turn of the decade, the system had lost a lot of users, because... life. Of the original 10000 only about a 1000 remained. Of which more than half were from one single company. The BuzzBuzz.co I was talking before.

Now... Why they were still on our system and not migrated out to the marvelous land of gmail or o365 or whatnot? Don't know, probably because these peoples were distributed around the world and lacked a centralized governance that was handling thing like authentication, so having the mail handled "privately" was better. I don't know.

In fact, the 600 or something users of BuzzBuzz left on the system weren't all that BuzzBuzz had. The majority of BuzzBuzz users were on gmail. And we had implemented some demented way that allowed the users that still were with us to send a mail to another user and, if that user wasn't registered on our system, the mail was redirected to g-mail.

That "redirection" was made with some SIEVE trickery, trickery that was more trickier than required. The reason for the trick was that the system was based on a proprietary software that performed all the functionality of SMTP, IMAP, POP, webmail, management portal, antispam and more all together into one single service. That was nice, but was costing a fortune in licenses.

So, with the departure of most of the "customers" and the realization that the licenses were due to renewal and the hardware was as old as the Commodore 64, the decision was taken to move everything to a new system "in the cloud", and rid ourselves of the shackles of that proprietary system and use a standard postfix/dovecot installation.

This meant to rip open the whole old system to pry the userlist and their passwords from the still pulsating heart of the old system. Not only that, but... well... that trick with BuzzBuzz to forward the mail? Ain't gonna work in the new system. Nope.

Now, let's examine the thing a bit, shall we?

BuzzBuzz had actually moved their MX records to Google, so the "official" mail was actually GMail. So, my reasoning was, if they acknowledge that these people are part of a different sub-domain, let's call it "theother.buzzbuzz.co", then their mail address is done with that subdomain and there is no problem anymore, the only thing is, the user need to login with a different domain name, they need to use our IP/servers in the configuration of the clients and whoever is managing their GMail thing need to change the forwarding. That's it.

As such, my suggestion was very simple: contact BuzzBuzz and tell them that they could still use the system but needed to implement those changes, it was a one-time thing and that's it. And since they weren't even managing the users, most of the changes had to be implemented by the users themselves.

But changes are changes and nobody likes them. In fact everybody hates them. So there was a lot of complaining, whining and gnashing of teeth. Until we got to a point where DB got involved.

DB - But why can't we do the trick like before?
Me - Because we don't use the old product anymore and with the new structure that won't work.
DB - But...
Me - And is a trick for one single company.
DB - That is also the major user of the system.
Me - Look we have to decide if they are "special" enough or not.
DB - What do you mean?
Me - You've repeated ten time already that they are "the major user", ok, are they major enough to deserve their own system? If they are, then we'll have to setup a system just for them, dedicated, at that point they will be able to do everything and everybody else will be on the "normal" system.
DB - But it will cost too much!
Me - Then they are not "special" enough, and there is no reason to twist things around to adjust for them.
DB - But... they are paying...
Me - If they are paying enough to handle their own system, then it shouldn't be a problem to have that "special" system just for them, otherwise stop butting!

Yes, because you can be "special", but not "special" enough...