Customers Service should be punctual and efficient. At least, this is what I have been told ad nauseam when I was joung.

And now, that I'm not so joung anymore, I keep thinking that it's what it should be, so when I got handed some problem, I try to fix it as fast and efficiently as I can. 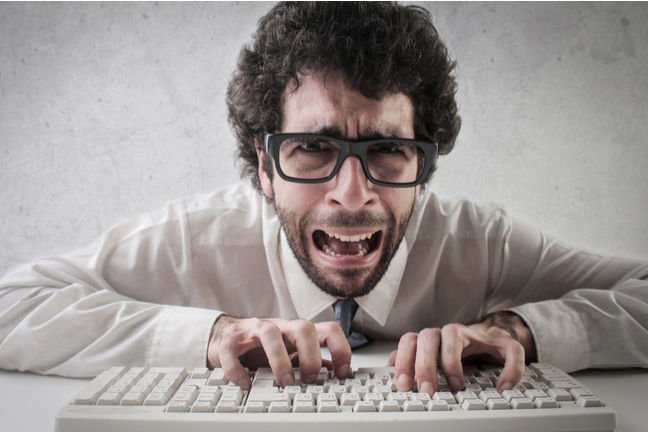 Unfortunately, not everybody got the same memo. And I've noted time and time again, that every fucking time I have to ask somebody else for a problem, what I get is not "punctual and efficient" but exactly the opposite. When it's good, I get fuzzy, confused and late answers, when it's bad I don't get anything at all. When it is really bad what I get are insults.

I'm not sure why when WE have to hop to it and do something, we are the ones that always do things, while the rest of the world apparently can simply shrug it and answer "meh, who cares?". I even asked my various 'bosses' multiple times, but never got a decent answer to that question.

And when you put a quasi-public organization in the middle, is even worse.

And after this punctual and efficient introduction, we'll talk about $painAndDisservices a company that offered... several different services for private and companies. Those peoples had some sort of web site that was also attached to a 'ticketing system' where the clients could request services and the whole thing was then digested by a huge ASP/SQLServer monster to produce invoices.

To make everything worsebetter, they also had a "division" dedicated to POS (point of sales) connection using a service offered by the national phone provider. This 'division' was basically re-selling that service as a "ready to go" thing for small business.

And it is this last 'service' that brought CL to dump a nice mail into our mailbox asking explanation about some invoice.
Since I have nothing to do with invoices, maybe curses, I simply routed the question to our finance office and quickly forgot about it. But CL was still thinking about it, and a week later I got a phone call from him, that wanted to know wtf. After managing to reconnect with the original information, I answered that I had sent all to our finance office and that was it and maybe he should ask them. However, because of the 'efficient and punctual' thing... I went to check out.

Turned out that CL wasn't actually our customer, and the invoice in question wasn't ours, so our lady "administrator" (the same that was 'receptionist' and then changed her own title to "mistress") simply dumped the mail in the garbage without sending an answer. Yes, punctual and efficient, indeed.

After a long and complicated discussion with DB, discussion that boiled down to "see what you can find", I started rummaging and found a reference to $pain, so I asked CL if maybe, the invoice was one of theirs. And if yes, why asking us instead of them?

It turned out that yes, the invoice was from $pain and apparently the reason was that he knew they were using us as hosting so he was asking us because asking them was like me asking our "mistress". Yeah, right punctual and efficient. Again.

So I explained to him that we were the hosting provider, but asking us was like asking the owner of a tree about the birds that nest on the tree because they are shitting on you. We can't do much about it. So I redirected him to $pain, but the peace was short-lived because after a bit $pain themselves was asking us to do some check on the system.

From the discussion I understood that $pain had this software developed by somebody long time before and now that person was no longer available (or he was never available) and the result was that now nobody understood how this thing worked anymore.

After mails, phone calls and several questions, I figured out that all we need to do is a bunch of queries on a database. That turns out absolutely nothing. Nada. Niente. So I send back the results and ask wtf. And the answer is that probably there is an error. Yeah, no shit sherlock. But what error? Where? And who? And, more important, why the fuck am I in the middle of it?

After a lot more digging and querying, I found something. It seems that CL was, in fact, a customer of $pain, before they moved the whole shebang to us. And in effect, they didn't. They moved to another of those small shitty companies that were bought up by us, and we 'hinerited' the customers. The shitty ones, because the good ones probably run away before. And after some more digging, I discovered an archive! And looking into it, I found a reference to CL. A 10 years old reference.

At this point I contact CL. Or better, I simply wait for him to phone. And I didn't have to wait much.


So.... those people get an invoice for a contract that apparently has been terminated 10 years before and they keep paying. Without ever asking anything?
Time to ask $pain in the person of UL.

UL - Ah yes, that contract should have been terminated 10 years ago.
Me - And it wasn't?
UL - well, I'm not sure, since we had this software developed around the same time, and... I think something slipped into some crack.

...like CL's contract that has never been "closed". And those morons kept paying for 10 years. Maybe I should send them an invoice or two?