...somewhere in Europe there is the village of Shlockymerl. It is a very small village with some peculiarity. First of all, a good 2/3 of the population are employed in the building and maintenance of roads. There are Engineers, that thinks very hard how the roads should be, there are Designers that are designing how the road should look like, there are Gardeners and Painters that are crafting signs and flower arrangement for the look of the roads, there are managers and directors and whatnot that spend lots of time in making drawing and calculations that are then lost or can't be understood by anyone so nobody really knows what they are for but must be really important and then there are the peoples that are actually building the roads and moving the sign and the flower pots around to make everybody happy. And then, there is Electrician. That is the only one in the village and is the one that is busy putting down cables and connecting light so the road can be used to go around and you can actually see the flower and the signs and whatnot.

There aren't many roads in the village, just 3 of them. There is the Main road and "the other 2". Nobody ever mention them, it's just "the other 2". Everybody is focusing on the "Main" road.

In the Main road there is, unfortunately, an Hole. An Hole that is also quite large, deep and visible. Everybody in the village knows about the Hole. When a new villager is welcomed, after the ceremony where he gets the Golden Spatula (always the same, they are going to ask it back later), the Electrician quietely take him and show him the Hole. "See?" he says "there is an Hole here, try not to fall into it eh?" 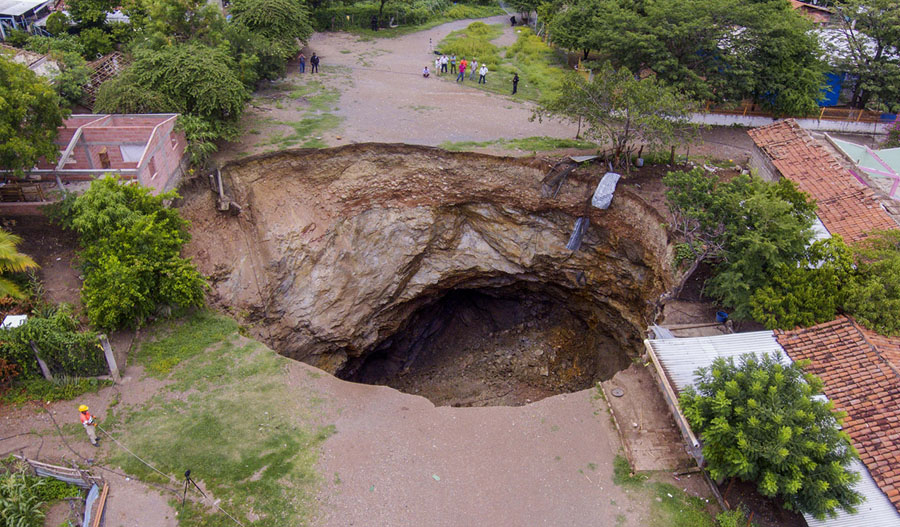 I don't have to say that basically every day, somebody has to be grabbed by the ears, usually by Electrician, and pulled out of the Hole. Normally somebody arrives all frantic and yell "Quick! Electrician! Somebody has fallen into the Hole!" and then runs away.

So Electrician goes to look and there is somebody muttering and lamenting into the Hole. He pull him out and then point the finger. "See?", he says, "This is an HOLE!" Then he points around. "See the red and white cones around? See the sign that says 'watch out! Hole!' ? See the flashing lights?", but normally at this point the guy isn't listening or looking anymore. His sights is pointed to the other side of the road. "That flowerpot... is 2 centimeters to the right... I MUST FIX IT". Then he takes a step and fall into the hole. And Electrician sighs and pull him out again.

The Hole has been there for very long time, even before Electrician joined the village.

Sure, some of the proud and working citizen of Shlockymerl could decide to toss a couple of wodden boards on the Hole and put a "patch" on the problem. Someone more competent and active could even toss a few wheelbarrels of dirt into the Hole and fill it up better. Some even more competent and qualified citizen could even add some cement to the top and even (gasp!) finally fix the Hole!

But no. Apparently everyone is too occupied in doing something else, sure if the designer is affected by dyslexia and the gardener is colourblind, we can be sure that the "floreal mosaic" will be very colourful and ... mosaic-y, but the Hole stays where it is. And Electrician keep pulling people out of it.

Ok, enough with the fairy tale (hoping that I don't get sued by Gianni Rodari) and let's begin with the Tale.

Let's talk about $areyoufuckingstupidorwhat, that were doing a lot of different things for which they had developed some software in-house.

And please, triple-underline the fact that all the software was (and still is) developed IN-HOUSE. The maybe started with some stuff that was open-source, but after all that time so much of that code had been added, changed, masturbated and so on that basically everything was done ex-novo. And that also means that $stupid had their own IT department that was tasked with the masturbationdevelopment and maintenance of the code.

Unfortunately, this code had several bugs, some more irritating then others. One, in specific, was called 'The Bug'. Just to be clear that it was particularly big and annoying.

Let's say that the principal interdet site of $stupid was put together (using one of the many in-house developed softwares) by assembling a number of "articles", each one had multiple "properties". The problem was that if one of the articles was missing a specific property, the whole thing was crashing down and multiple pages were going into a loop until they were giving errors. At this point normally somebody was coming crying that the site was broken and we had to fix it.

Just to be clear, everybody that could have fixed the problem, from the Project Manager to the Developers, knew about the Bug. Some times before the head-developers had shown a query that he could run on the db and returned all the articles that were missing that specific property.

I had, of course, immediately grabbed that query and stuffed into a script that every 10 minutes was checking and eventually placed a large, obnoxius red text with the numbers of the problematic articles on a screen and the instructions on how to zap them. That screen was visible by everybody and a mail was also sent automatically to $stupid. But of course, nobody was watching the screen or reading the mail.

And so, one day, some of the CL of $stupid phoned us, in a panic, that "the site is broken and we need to add a redirect to bypass this and that page"... One of my less-than-brilliant collegue was trying to figure out what the fuck was going on when I interrupted.

Let's skip the rest of the "conversation", but at the end I managed to have the stupids (the one at the phone and the one in front of me) understand that the problem was always the same and to fix it they had to do the same thing as usual instead of calling us.

After a while, we were in a meeting with $stupid to discuss the thing. In specific, the UL that was supposed to be "responsible" of the stuff, and no, he wasn't "responsible" in the sense that somebody could have kicked his ass, if that was the case he would'have left in an hurry before.

UL - ...and this bug is very annoying and we should fix the problem.
Me - So why don't you do it?
UL - What?
Me - The bug is in your code, you know about it by long time, you know how to reproduce and then how to fix it.
UL - Really?
Me - (thinking "are you fucking kidding me?") When one of the articles is published and is missing $element those pages gives errors.
UL - Yes, we want to have a redirect that...
Me - Or you could fix the real problem, like add a check to that software you use to publish the articles that if the $element is missing the article can't be published, or maybe fix the pages that breaks in such a way that if the $element is missing the article is ignored or maybe do both.
UL - No we're busy with a very important and dificult update, here I'll show you.

It turns around the laptop and show a page.

Me - It's a page of your site.
UL - Yes! Isn't fantastic?
Me - What?
UL - The coloured bar at the side! They are exactly the colour of our logo!
Me - Your logo ain't green and brown.
UL - What? (look at the laptop) FUCK! EVERYTHING TO REDO FROM SCRATCH!

...there is an Hole in the village of Shlockymerl...