(Continue from the previous story)

A few MONTHS have passed by now, during which I did... Not much. If we look at the code produced, most of it was done in the first 2~3 weeks and for the rest I was waiting to get information, waiting to get libraries, waiting to get data... A lot of waiting and not much coding. 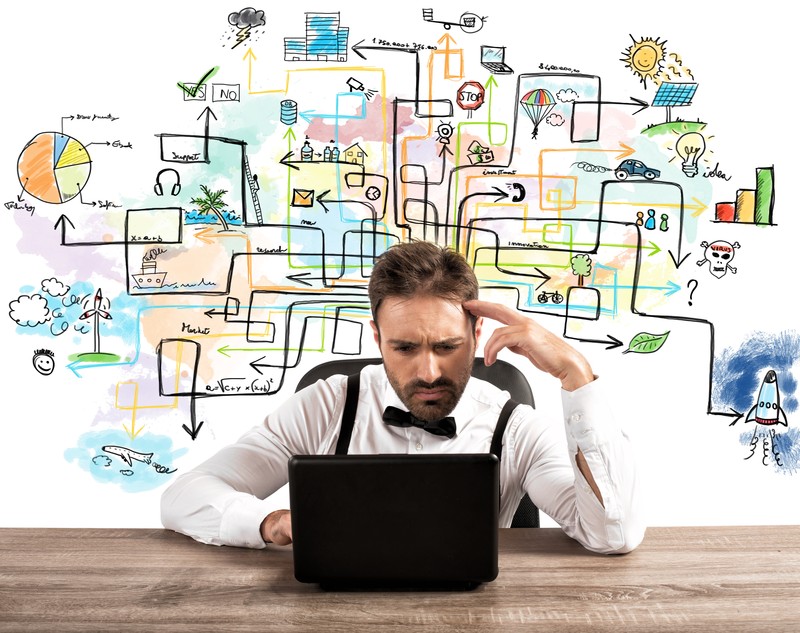 But now, finally, I managed to finish the code and the whole application (including a small "install" that I put together at the last moment) has been delivered to UL3279 that turned around and delivered it to UL4573 for the "testing". After a few weeks I got a couple of "bugs" (things like "the first week of the year should begin with the first Monday, not from the first of the year", that I completely missed because by chance that year began with a Monday) that I started immediately to fix.

While I was there happily coding, UL3297 shows up.

I look around, to the flimsy, half-broken and keyless doors, the tired painting of the 'classroom' that remind me of an old medieval castle after a barbarian invasion, I think at the lonely escalator downstairs... And I can't help but be absolutely "in" with the renovation. Especially if it involves lots of buldozer and wrecking balls or a big, powerful bomb.

Me - So which one of the many?
UL3297 - Heee... this will be communicated later.
Me - Ok, today is tuesday, if they came and pick up everything tomorrow, what am I supposed to do until friday? And how are the offices being communicated?
UL3297 - Ah... Eh...

So, 3 days doing bloody nothing!

Finally, monday arrives, I go to the "new" office. And run smack into the first problem: getting inside. The entrance is not a 'door'. There is a ... thing that looks like a cross between a phone boot and Enterprise's teletransporter.

After trying to figure out how this thing works, I pull out the phone from my bag and call UL3297 that after a bit picks up and then, after hearing my lamentation, realize that he "forgot to give me the new badge" to get in. So he arrives to let me in by the fire exit.

UL3297 - (handing over the badge) This is to get in, you wave it there by the reader, that thing opens, you get in, it closes, open the other way and you're in.
Me - All this to get into an office? And that thing looks quite small, what happens if somebody is a bit overweight or suffer from claustrophobia?
UL3297 - He stay outside.

He guide me to my new "office", at the 3rd floor. Office that is a huge open-space with several desks inside. And I can't help but notice that the only desk with a computer on is mine, in the middle.

Yep, the only jackass on the whole floor. And I quickly find out why: the heating was broken. And we're talking about November, in Milano. With temperatures between 0 and 5C. The result is that I get sick and spend a week at home in bed. Then I declare that I am NOT going to work in that office.
Since the project was "paused" waiting for the tests, UL3297 decided to "lend me" to UL9733 for another one.

And now we need a little explanation.

The structure of $leeches was the typical reversed-pyramid, instead of one King and lots and lots of peasants, there were a lot of "manager" that had less and less "underlying". Since the whole business was based on selling financial products that were MANDATORY by law, there was no chance for the business to dry-up, no need to worry about "customers satisfaction" and all that kind of stuff. So... how do you climb the corporate ladder? Easy. The technique was as follow: sit down and wait. As long as you don't make any mess, sooner or later you'll get a promotion to a new, "high-sounding" title and a pay rise. And as you can understand, the easier way to NOT make a mess, is to NOT do anything. Technique that all the employees of $leeches have perfectly understood and refined to an art.
Another, faster, options were to wait for somebody in an higher position to be absent (naturally or not) and swiftly move in that spot and increase the number of "underlying" under your control. The latter was the reason why once a consultant was called in for a job, he was never let go again. The consultant was at that point counted as a "member" of the department, even if he wasn't really a member. Even if there was nothing to do for him anymore. To avoid people playing solitaire all day, sometimes consultants were "traded" between managers from one department to another, this way one single consultant was counted twice.

So I got "traded" to the supervision of UL9733 from the 3rd to the 7th floor, that turned out to be a loft, but the heating was working at least.

And the project I had to work on, in collaboration with CL3 that I already mentioned, was a bit... he... strange...

As you understood by now, $leeches was (and is) an insurance company, and the principal "product" was (and is) the "vehicle" insurance. Where "vehicle" refer to a whole range of things that goes from a scooter to a 384-wheels-truck. And everything in between. Agricultural machines? Yep. Bulldozer? Yep. Cranes? Yes! Side-loader? Absolutely! If it does moves on the ground and doesn't fly, is in there.

The software managed to produce such insurance was, as you can imagine, complex. So complex in fact that it wasn't really a "software" but a fully-fledged programming language. And the "insurance" were actually different "software" written in such language. And each one was built a spider web, with each "node" that represented a multiple-choice and could lead to another different node or a completely different web altogheter.

To build and maintain each of those "programs", an entire dedicated "IDE" had been built. And there was a full department dedicated to that job alone.

And the project me and CL3 had to crack was... build a Windows interface for the whole thing.

And if you think that it sounds easy, believe me, it wasn't. Not at all.

While I was trying to figure out what the fuck, CL4762 shows up to ask a "suggestion".

CL4762 - Ok, normally each agency is setup with a computer that is provided by us, this one (point to the M380), this has our software and the network and is managed by us. The main agent then usually buy other machines (point to the M19) that are connected to this one and uses the software via the network.
Me - Ok.
CL4762 - Now we want to distribute and use Windows, but when we start Windows from the other machines, they are incredibly slow!
Me - (looking at the M19s) That doesn't surprise me at all.)
CL4762 - Yeah but nobody can work like that, look.

He starts one of the M19 that boot from a floppy and then automatically connects with the "server" and after a while is there with his blinking cursor, at this point CL stars windows that start chugging trying to load everything via the network.

Note that we're talking an era where the network was SLOWER than a disk.

CL4762 - See?
Me - Yeah, I wasn't expecting anything different.
CL4762 - But that's unacceptable, how do we solve this?
Me - Using better hardware, with a better processor, more ram and an hard disk and installing Windows on the hard disk.
CL4762 looks at me for a bit - No, you don't get it...
Me - I get it very well, but this is an hardware problem not a software one and you won't solve it with software. If you want a faster machine, get a faster machine first.
CL4762 - No, we can't do this.
Me - Ok. Are we done here?

Left CL4762 a bit miffed because I couldn't solve his problem snapping my fingers, I go back to my table to try to figure out how to solve my problem, and after a while I find out that this "software" they use to manage each "program" is equipped with a series of interfaces that allow things like "show a text on the screen" or "show an input form" or "wait for input" and so on.

And in my head I start to plan... To plan of keeping this thing as an hidden "engine" while the input and output are routed to a "Windows shell" built on top. So basically unplug the DOS interface and plug in a Windows one. It will probably work very badly but it will work. And the alternative is to rewrite everything from scratch. I start writing down something.

In the meantime, CL5 (that I already introduced last time) shows up, and he apparently sits at the table in front of mine with a nice wooden bookcase with glass doors behind his back.

CL5 - Oh, you're here too?
Me - It looks like it. By the way, how are going the correction to that library of yours?
CL5 - Oh... Eh... I haven't got much time to work at it, you know... things to do...
Me - (reading on the reflexion in the glass behind his back) "Gigi Maifredi, today in spain, will watch two football matches of the Salamanca, team he is supposed to sign a contract with later this week, first against the Siviglia and then against the Atletico. 'if the team has potential I'll sign' he declared yesterday..." ...move your helbow a bit...
CL5 - (looks at me stupified)
Io - ...there is a glass behind you...

Is going to be a very long winter...

At the end of the day I walk towards the exit and find a mass of people in the "lobby". I look at my watch but it's 17.02 already, so I was expecting everybody to have pulled the "eject" lever already and be on their stampede towards the trains...

The "tube" is the door-phoneboot-teletransporter thingy.

I walk towards the fire exit.

CLXXX - If you open that the alarm will ring.
Me - So?
CLXXX - But....
Me - Look buddy, you either let me go or I'll call the police and accuse you of kidnapping.

Push open the door and walk towards the metro. Yep, a very long winter indeed.

"Cloud management consoles are, in most cases, targeted towards enterprise customers. This runs into Remy’s Law of Enterprise Software: if a piece of software is in any way described as being “enterprise”, it’s a piece of garbage. "