I have already talked about "priorities" and what they mean most of the time (nothing), so why not to talk more about it?

Priorities are those magical things (they have to be magical since they keep disappearing and re-appearing at random intervals, mostly when money are called for) that should decide which "things" are done first and which "things" are not done ever. Unfortunately, the reality-bending-effect of "this is my lovely little ponyproject" more often than not is in full effect when the corresponding in-charge manager looks at the long list of stuff that is supposed to be done and then compare with the (very) short list of peoples that can do the stuff (let's not talk about the budget or I'll have to weep). 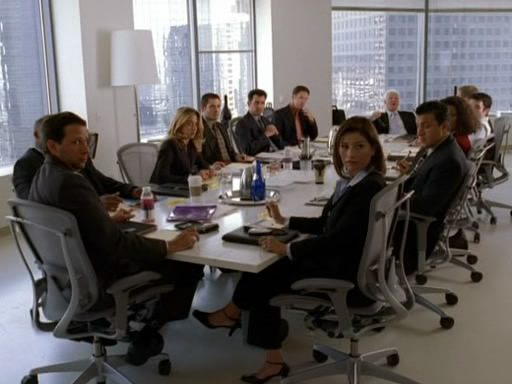 So it happens that things that are apparently cheap and simple and potentially useful are postponed to "when the hell will freezes over" while stuff that are maybe also sort-of-simple but definitively not cheap and don't even register on the "useful-o-meter" get pushed harder than a car that won't start on sunday morning late for the football match.

And this bring us to talk about... my company! The place where I work (or try to). If you've followed my tales along the ages, you should have realized that my company isn't really "special" in any way, is more or less average in term of "cluesness". However, since I work here, is the place that I know better.

During the years I've changed job a few times but one constant that I noticed is that there is something odd that always happens with Meetings and Meeting Rooms: somehow there are always more meetings than meeting rooms and whoever is organizing a meeting never think about "where are we going to talk".

Now, in the past the "organization" was either done with a full-physical system (aka: whiteboard and marker to write down who is going to sit where) or with a combination of "electronic" system (from an ad-hoc website written by your truly to some various off-the-shelf solution). And recently, also some "dedicated app" for that. Doesn't really matter the "way" the organization is done, somehow, somebody has to actually look up which room is available, where and when and do something to "book" it before somebody else does. And is this "do something" that is apparently a terrible problem.

Long time ago, $bunchofshrimps attempted to charge our receptionist of the "booking" duty, but she threatened the manager in charge of physical body harm so they immediately retreated, then they came up with the idea of using tablets hanged outside the meeting room. That also got canned pretty fast. But this gives you an idea of how this "problem" is felt.

Now, we have meeting rooms (what a surprise) and peoples that uses them. A lot of peoples in fact. Way more than meeting rooms. So there is always a wild goose chase after the unreachable treasure: the free meeting room.

What happens more often than not is that somebody calls a meeting, everybody shows up at his table and then the whole group begins to wander the office in search of an empty room. If one is located, the whole bunch get in and start laying down laptops, papers and whatnot, then about 90 seconds later, another group shows up, the group-honcho poke his head in and asks "did you reserved this room? then GET OUT!". So the first group packs up and leave for greener (or not) pastures. In many cases you'll find them standing in the hall, precariously holding laptops in mid air, and trying to look casual like they planned it and completely NOT missing a table and chairs to rest their behinds. This when they don't decide to occupy the nearby bar where everybody has to get at least one drink (the bar owner is getting richer by the minute).

The Master Tool for meeting and room booking is Outlook with the attached Exchange, we (as many other business) have a O365 subscription that also have built-in tools for this kind of things, everybody can see which room is busy and for how long. What "normal" users can't see, is who reserved it and for what. That makes sense. Sometimes ago, our SL, tired of hearing wailing and teeth gnashing about this "meeting room" problem, decided to ask us (aka: IT) what can we do to solve it.

I tried to point out that there is, really, no "problem". If the person in question instead of complaining could do his part of the deal, that is, look up for a meeting room BEFORE calling the meeting and then "adjusting" the time until an actual room is available and BOOK the room, then there would be no problem and everybody would be a lot happier. But it's the real universe we're talking about where "sensible" and "logical", apparently, do not exists.

Then SL, that incidentally is the same guy that wanted to have the big screen around the office to show off graphics and other "stuff", and that prompted me to write a nice article about how I used/configured a bunch of RaspberryPI to "drive" the screens, turn out with an Idea (notice the capital 'i').

Since we're now "part" of $immenseretailer, and those guys are using a lot of thoese e-ink price tags in their shops, how about we get some of those and use them to show "free/busy" on the meeting room themselves? Like a sign on the door, but the sign can be "changed" remotely.

Yeah, nice. Now, let's see what are the problem of this "idea". First of all, we can't just get them from $immenseretailer, we'll need to BUY the stupid things, that normally came with a minimum order of 100 and they cost between 10 and 20 euro each, plush shipping and taxes if you buy them directly from the manufacturers. I don't need to say that we don't have even close to 100 rooms.

When SL suggested that we could use them for "other stuff" I asked "what kind of 'stuff' did he had in mind" and got no answer. Figures.

Second problem is those things are not using 'normal' WiFi, they run their own proprietary protocol that require a separate infrastructure, that also need to be bought and installed, it probably came with its own host of security-related problems and probably also require stuff that we don't have (since we never had to use or maintain these things).

And then, dulcis in fundo, somehow we need to "attach" those things to the existing Exchange agenda (because we don't want to have to update those things by hand).

In other word, what is actually a 5-minute-job for the person organizing the meeting, is going to turn into a massive headache, money expenses, installation, configuration and development... And all this STILL require the person to actually BOOK the room, otherwise nothing changes.

And all this should have an higher priority versus hiring more people to replace the ones that had just left, working on a complete redesign of the website, development of new software and "apps" and a full-scale migration of the whole infrastructure from $wehoststuff to Google and a bunch of other stuff that, IMHO, were a lot more important than "booking of the meeting room".

When I spelled out all this to SL he actually acknowledge that this was not exactly a "solution" but was going to "put the problem front and center to the meeting manager to avoid confusion and waste of time".

Me - You mean that peoples won't simply ignore the signs and walk into any room that is not actually occupied and then have to be kicked out?
SL - Well, if the sign says that the room is busy it should be clear that is busy even if is not occupied at the moment, so it shouldn't be occupied without first checking...

While he was talking, the meeting room behind me was actually empty but had a nice post-it on the door that read "busy", cue a bunch of people with laptops shuffle in, a few seconds later another bunch of people shows up and promptly kick the first group out with comments like "can't you read the sign on the door?".

SL was almost succesfull at keeping his face straight. Almost.

14 messages this document does not accept new posts

14 messages this document does not accept new posts