"Can't you fly straight for more than 3 seconds?" yelled Eleanor while holding to the laptop with one hand and trying to fasten her harness with the other while the g-forces of the hard-banking mutlicopter tryied to wrestle her around. 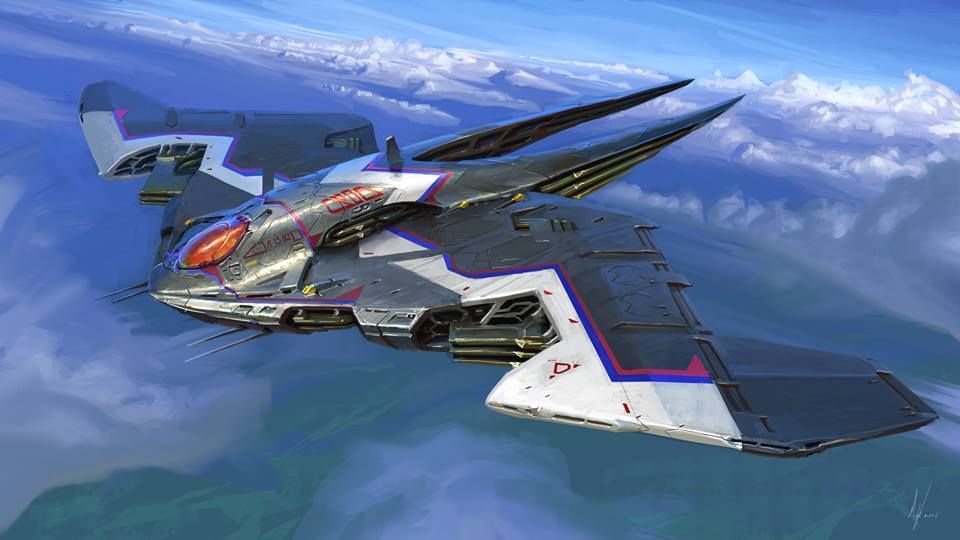 Iliya didn't reacted immediately, concentrating in recovering the aircraft from its bank/dive and the three beeping dots on the radar display that were approaching fast from the east at 0.8 mach. Each dot a rocket aimed in their general direction.

"Oh sure, can you stop them shooting at us? Or do you prefer to get blown up?" he yelled back when the craft was more or less back on course.

"Are they still on our back?" Asked her continuing to type on the keyboard "I thought they had given up when we cleared the Tinmere sector..."
"Drake doesn't seems the quitter kind of guy" responded Iliya, "He spent several years collecting supporters and a fleet after all, can't let some nobody get into his vault and get away with his data, can't he?"

"Hold on!"
Iliya jammed the throttle wide open, pulled the stick back-left and slammed his foot down into the pedal at the same time, bringing the craft into a thigth climbing spiral, he saw something like a matchstick flying past his port window, then three muffled explosions were heard.

"Woah!", Eleanor had managed to keep typing during the manouver, "those were close!"
"Yeah, lucky for us it's the crap that was in Papadimo's warehouse. Dumb ballistic rockets, nothing with heat-seeking or optical..."
"I thought that Drake was better equipped."

Three more dots had appeared on the display, the strategic computer was suggesting several evasive manouver, the drones were getting closer: they didn't had problems with high g-forces or with overstrain their engines. Dumb machines.

"Consider yourself lucky that his men decided to load those things into the drones and not something more advanced"
"...if I can hit the correct sequence and get past their encryption..." muttered her.
"Try harder!"

Another loop, now the craft was pointing in direction of the drones, silver speck in the distance.

"Here!" Eleanor slammed one key, in response, 2 of the drones dropped from the sky like they got zapped.
"Good hit, two with one key eh?" joked Iliya.
Eleanor seemed disappointed "I thought I got all of them!"
"You can't assume he got all his drones on the same encryption key, would you ?"
"No, of course not" she sniffed "Well, we still got time... right?"

Another 2 dots appeared on the display. Another narrow avoided rocket zoomed past them and exploded in the distance.

The aircraft boomed past the mountain's peaks that marked the north sector of Vanha Plains, the two pursuing drones closing by.

"I'm so glad that those drone are so dumb, they haven't tried to catch us in cross-fire, they are probably programmed for simple hit-and run or patrolling" Iliya commented while keeping an eye on the drones' movements. They weren't shooting rockets now, maybe they are running low, thought Iliya.

"Yeah, dumb AI" Eleanor was still typing "Nothing like in the old time... When we've finished recovering that old Ark that is in your other sector, maybe we will see what kind of stuff they put into AIs in those days, they were very smart... You know that incident the guys at SAAT had about 200 years ago?"

She apparently could type, look around and talk about something completely different at the same time...

Iliya looked in her direction for about half a second, when he looked back there were 2 dots about 1 second from impact. So much for running low.

The engine screemed in protest when he jammed the air breaks at full power and pulled the stick back, bringing the craft to an almost abrupt halt in mid-air while the rockets zipped behind their tail.

"Yeah, I know about that, do you know my fucking name?" Commented Iliya while bringing the craft back to speed.

Eleanor adjusted her glasses "What about your na... Oh..."

She looked at the white corporation logo with the name underneath that was on the hat he was wearing, then looked at him.

He pushed a button integrated in the control stick and spoke, the earpiece was still glued to his ear.

"Vanha this is Rockmaster, coming hot from north, I got 2 bandits on my tail. Over"

The answer arrived immediately, in the slow whiney voice of Doctor Neyland in the earpiece "Who's this? Get off this channel"

"Vanha, this is Rockmaster, I got 2 bandits on my tail, get to the ak-ak PRONTO!. Over!" repeated Iliya still keeping an eye on the drones' movement and expecting more rockets at any moment.

"What do we call the second hand on base?" asked Esther in the earpiece.
"We call her Natasha" responded Iliya immediately.

Eleanor looked at him "Geez.. Code-words... How old-fashioned." She got only his part of the conversation, but she was clever.
"Says the woman that just broke the encryption code of 2 military drones" commented Iliya.
"That's different! If they didn't had the same old SEA-2124 bugged code..."

Her words were cut short when four ground-to-air missiles, coming from the warehouse, passed them at mach 8, directed towards the drones. The 2 dots disappeared from the craft's radar in an instant.

"Four missiles?? FOUR??" esclaimed Iliya "Do you know how much do these things costs?"
"No, how much?" responded Eleanor.
"...peanuts." commented Iliya bringing the craft in a slow descent directed towards the landing pad near the scientists' encampment.

During the approach they could see the lights of the many labs in the marshes reflecting in the still water of the many nearby lakes.

"Rockmaster, this is Neyland". Esther's voice in the earpiece distracted Iliya from the view, "Doctor Hofwegen's boss wants to know where the heck she is. When she gets down I mean."

Iliya looked at Eleanor "your boss is calling."

22 messages this document does not accept new posts


A me queste storie piacciono molto.


A me è piaciuta.

22 messages this document does not accept new posts