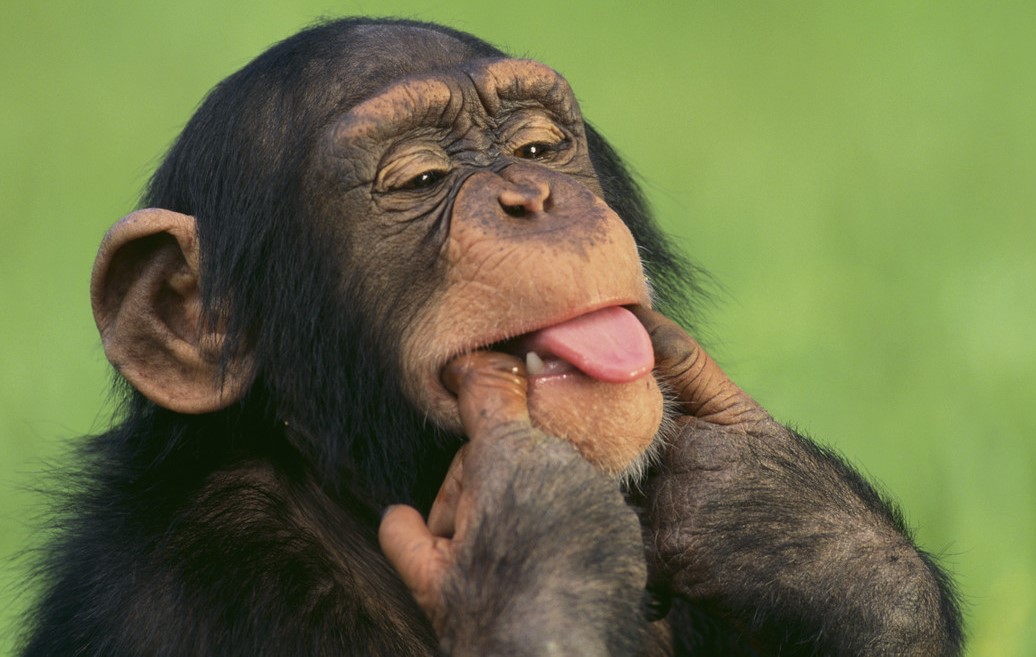 One of the functions of everybody that actually SELL stuff, is to handle the problems that are found by the unlucky customers. You know, when you get the box and it's actually empty, or the whatever you bought is missing parts, or is the wrong color, or there is no right color or what the fuck. That's "customer support" and is a gigantic pain in the ass. In order to tackle that monumental task, my company has a dedicated "customer support" department with about 20 peoples that share the load. And most of the work is done through the phone.

Yes, there is also mail, chat and whatnot, but the phone is the main way.

Now, I have no idea who "found" $MonkeyPhone and why we ended up with a 5 years contract with them. As far as I understood they have always been crap. That immediately brought the question of WHY THE FUCK are we still using their services instead of moving to a new, better provider. Or on a different contract where we can kick their collective asses whenever they fuck up. That is every day.

I will not talk about the many trouble we have with them... not immediately, but I'll relay this simple tale.

One nice day, let's call it "Day X", one of the girl from Customer Service shows up at my desk complaining that her phone has "peoples" in it...

What I thought was (not necessarily in this order): 1. what size of bra does she wear? 2. how can se dress like that? It's freaking cold outside! 3. What the heck is she talking about???

Anyhow, I follow her and she show me the "peoples in the phone"... It turns out that the "normal" display of the phone should be like this: 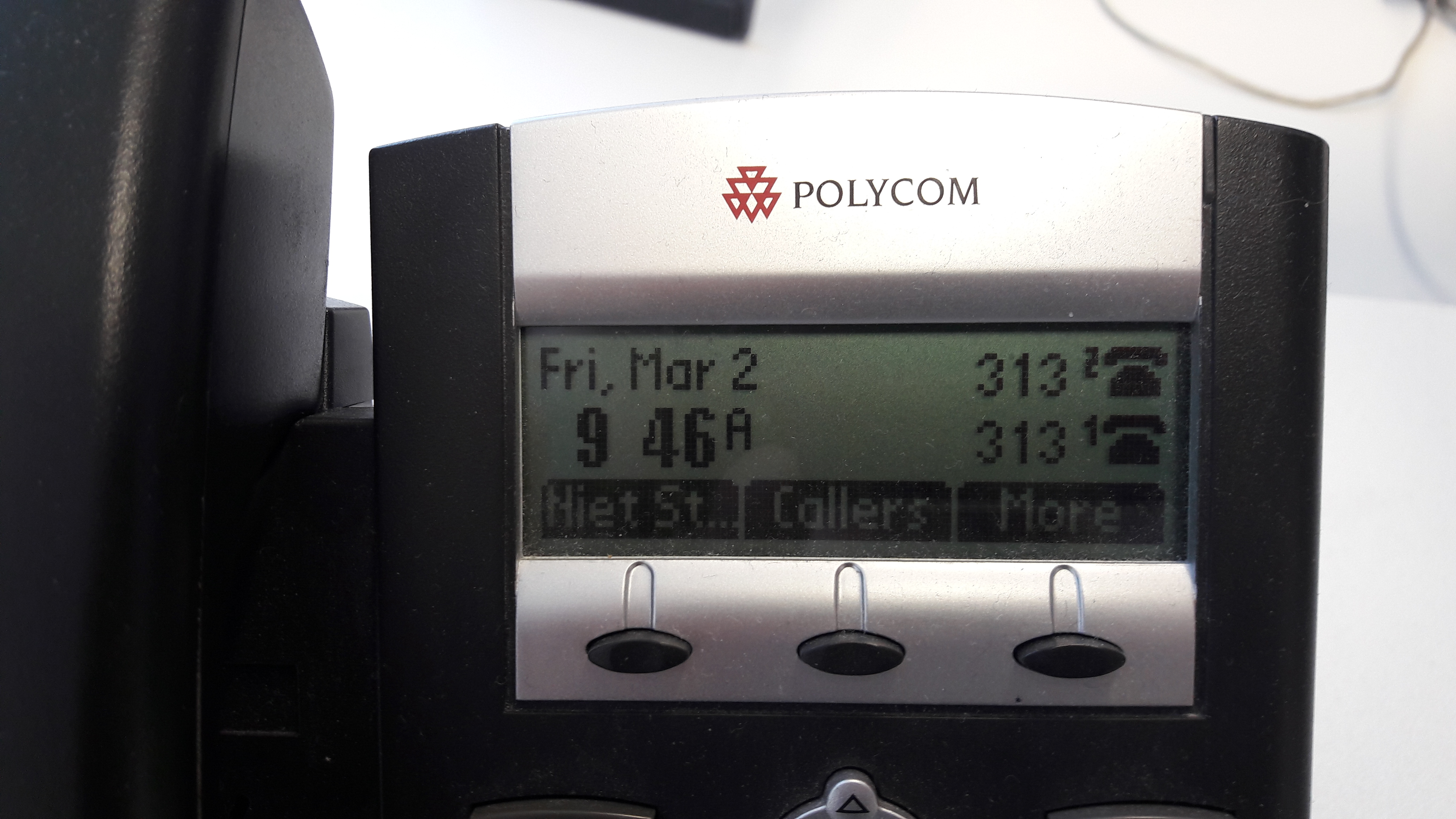 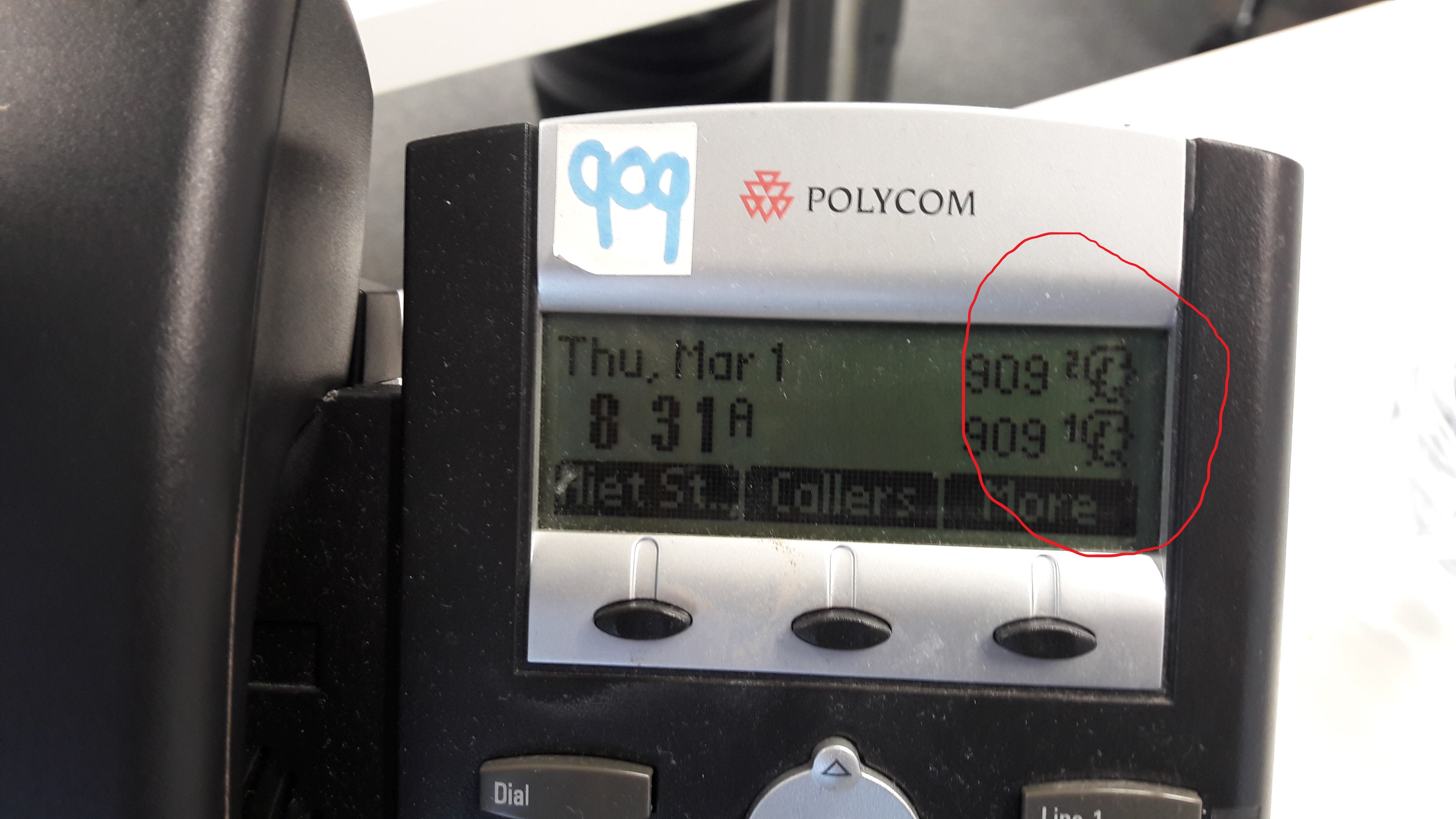 Now, after scratching my head several times, I decided that this was something I had to ask to our infamous phone provider. First of all I checked and discovered that the phone seemed to function normally, we could call internal or external number and she could take call from outside, so it wasn't a "critical" situation... Just weird. I toke the picture above and mailed the "support" address asking WTF. Then I was busy with several other things and basically didn't checked out anymore for a couple of days.

After a couple of day, since I was walking through the department, I stopped asking what was the situation, and she reported that the phone still had "peoples" inside. And another phone nearby now had the same display... So it's spread to... That's not good.

A quick check in my mailbox told me that we didn't got anything back from the 'support', so it was time to grab the phone and call the provider. That was unreachable of course. A phone provider that you cannot call. Brilliant. After a dig in the docs, I discovered the mobile number of whoever passed for our "Relation Manager" that week and called that. And that too was unreachable. So I dropped yet another mail to all the mail address I could found and let everybody around know what I thought about $Monkey.

Fast forward to the next day, when I get a phone call on my mobile (note: not on the office phone, my PERSONAL phone) and it's our "customer manager" that want to let me know that she was very displeased that we had trouble and what can she do about it and then I cut her off and explain that she could start by reading my original mail and see what the heck is going on. After a couple of hours I get an "autoreply" that tells me that they have received my mail and a case number has bee assigned. Something sounds off and a quick check tells me that the case number is exactly the same that I have been given a couple of weeks before for a completely different problem. So either their "ticketing" system sucks or they are faking it.

After another couple of days, I get another phone call from the "customer manager" that claim they are investigating the problem with a "specialist", to which I comment that I thought that since they are a PHONE provider, they are supposed to already be "specialist" in phones and phone software, so why another specialist right now? The guy starts babbling nonsense and I cut it off quickly because I need to know if the 'specialist', whoever this is, have a clue about how to solve the problem, but apparently they claim they "haven't changed anything in their system" so it must be in my network.

Now, that could be, however the chances that 2 phones out of over 80 display something odd on their display and every other one doesn't, even the phones that are connected to the very same switch, make me think that the problem isn't network-related. And since my ability to do -anything- on the phone is limited to connect them to the network and reboot them, I strongly suspect that the problem is everywhere BUT in my network. So I suggest that the "specialist" start looking more "special".

Another couple of days passes. At this point we are Day X + 12, and as far as I can tell, nothing has been done to identify the problem, leave alone solving it. I start writing a mail explaining that this "modus operandi" is not acceptable and that I expect a lot better and faster responses since, like it or not, we FUCKING NEED THE FUCKING PHONES so we need them to FUCKING START TO FUCKING DO WHAT THE FUCK THEY ARE SUPPOSED TO DO... After writing for about half an hour I decide to remove most of the cursing. And then I realized I've removed about 90% of the content of the e-mail, so I start again. The resulting (tamed) mail is sent to $Monkey.

Surprisingly, nothing happens... Until a couple of days later, when I receive a phone call from our "customer manager" again.

Me - Whatsup?
CM - Hi, I am CM, I am your "customer manager".
Me - What happened to $othercustomermanager?
CM - Oh he is.. hemmm.. not here.
Me - Figures
CM - Sorry?
Me - What can I do for you?
CM - Oh, it's for your incident call.
Me - Yes, the Incident call that has the very same number of every other incident call I have and it is by now about half a month old. What about it?
CM - We found the problem!
MeThink - don't tell me...
CM - It was a weird configuration option $buzzword $buzzword $technobabble $technobabble $buzzword...
Me - Yeah ok, somebody screwed up something on your side methink: what about that "we didn't changed 'nuffin"? I already knew that, did you also fixed it?
CM - Oh yes, we fixed and I already checked with your user that the display now is normal.
Me - Oh great.
CM - We also update all the others configurations.
Me - ...was that necessary?
CM - Well, since we were at it...
Me - Right...
CM - However, to enable the changes the phone needs to be restarted.
Me - I expected that, we'll handle it phone by phone, since the phones actually work and we can't just reboot them willy-nilly...
CM - Oh, we can do it from remote, in fact we are already doing it.
Me - ...wait... what -DISCONNECTED

...and then the screaming start from the other floor...

Me - Che e' successo a quell'altro?